BCV is an ensemble of solo and consort singers formed from semi-professional, student and experienced amateur singers. 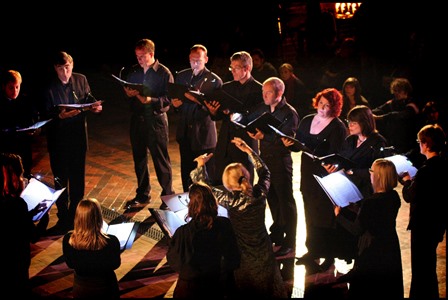 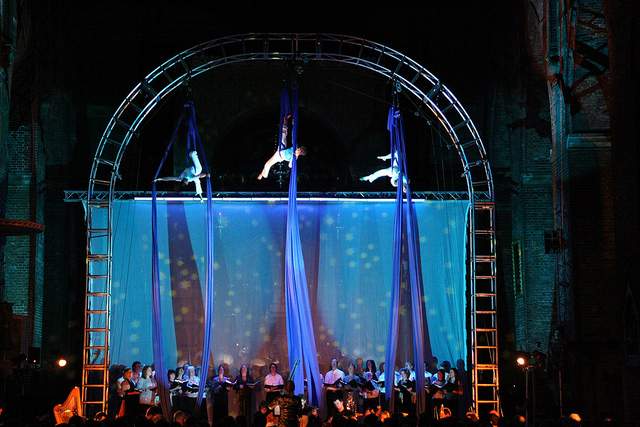 BCV performing in the Florentine Intermedi, in BREMF 2012 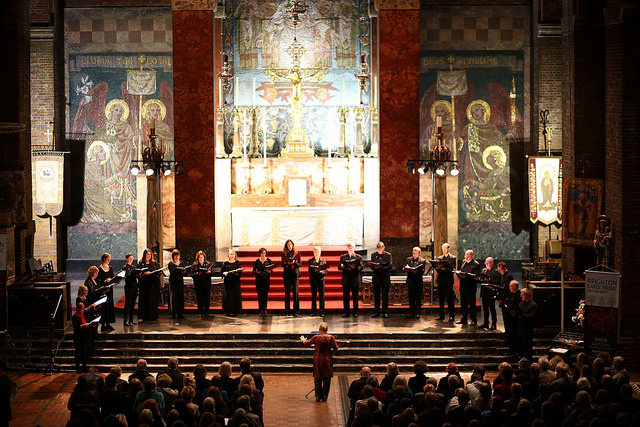 BREMF Consort of Voices performing for the European Day of Early Music, 21 March 2019

BCV is dedicated to giving dramatic and exciting performances of music from the Renaissance and early Baroque. As well as running its own series of concerts, the ensemble appears every year at BREMF. It has taken part in music ranging from 15th-century a cappella polyphony to the spectacular 1589 Florentine Intermedi with renaissance orchestra, great Venetian works with The English Cornett & Sackbut Ensemble and Purcell with Emma Kirkby and the International Baroque Players:

. . .here intensity came from the grinding dissonances and the way they 'sigh' downwards to their resolution, an effect that the choir under its director Deborah Roberts really savoured.

The Daily Telegraph (concert at BREMF 2010 with Emma Kirkby and the International Baroque players, broadcast on BBC Radio 3)

In 2015 the group performed the 8-voice Vespers of nun composer Chiara Margarita Cozzolani, where it also supplied the soloists. The concert was broadcast on BBC Radio 3’s The Early Music Show.

In the 2017 festival BCV were joined by The Lacock Scholars for a concert of renaissance polyphony including Tallis's 40-part motet Spem in alium.

Singers are selected by audition, and should be good sight readers with clear, well-tuned voices. The size of the choir is flexible, depending on the repertoire, and singers are invited on a project by project basis. We particularly welcome student singers interested in building experience in singing an incredible range of fascinating and challenging music.

Apply by email giving details of experience to